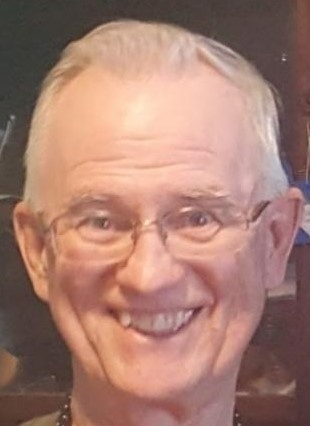 Robert Allen Booth, 72 of Duluth, died Sunday, December 8, 2019 at St. Luke’s Hospital. Bob was born in Crosby, MN to Elde and Florence Booth.  He was a long time Duluth resident and graduated from Duluth Denfeld.  Bob married Colleen (Slowinski) Booth June 13, 1970.  They would have been married 50 years come June 2020.  Robert was in the Navy from 1967-1973.  Once he got out of the service, he began working at the U.S. Steel Plant here in Duluth.  He graduated from the Salter Baking School and continued a career as a baker for 25+ years.  From there he retired from McDonalds.  Robert enjoyed the outdoors where he spent many years coaching softball for Memorial Park, fishing, camping, gardening, walking and not to mention he enjoyed spending time with his family, playing cards and games.  Robert also had a great sense of humor, liked to joke around a lot and always had a smile on his face.  He was also an avid Viking and Twins fan.  Robert was preceded in death by his father Elde Booth; his mother-in-law and father-in-law, Marion and Frank Slowinski; his brother-in-law, Gordon Swanson and his two sisters-in-law, Paula (Slowinski) Iverson, and Carol (Brown) Slowinski.  He is survived by his wife, Colleen (Slowinski) Booth; his mother, Florence Booth; a sister, Donna Booth-Swanson; his son, Glen Booth; two daughters, Melissa Booth and Rebecca (Booth) Shaw; his granddaughter, Madison Shaw. He is also survived by his two brothers-in-law, Curt Slowinski (Mary Jo) and Wayne Slowinski (Debbie). He also has many surviving aunts, uncles, cousins, nieces and nephews.  The family would like to thank all the wonderful St. Luke’s ICU staff on 5 East and staff on 7 West for their outstanding care and life saving efforts they gave to Robert during his time there. Visitation 10 am until the 11 am funeral service Friday, December 13, 2019 at Williams Lobermeier Boettcher Funeral Home. 3208 West 3rd Street. Military Honors accorded by the Duluth Honor Guard. Burial at Oneota Cemetery. Arrangements by Williams Lobermeier Boettcher Funeral Home.

To send flowers to the family in memory of Robert Booth, please visit our flower store.