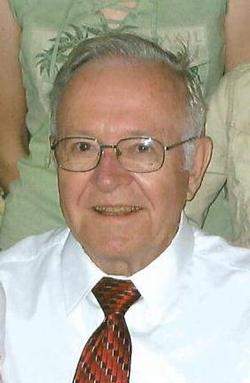 Robert Charles Cibuzar, age 81, Duluth, husband, father, and grandfather, passed away peacefully on April 22. Bob was born November 15, 1932 in Brainerd, MN to Charles and Terese who raised him with a strong work ethic. Bob served in the U.S. Air Force and later graduated from St. John’s University in 1958 then became a Certified Public Accountant. Bob and Carol Goblirsch married in 1957 at St. Mary’s Catholic Church in Sleepy Eye, MN. Along with Carol he became part of her family of 11 siblings who provided great enjoyment over the years. An avid train collector, Bob enjoyed spending time with his train buddies and volunteering at the Lake Superior & Mississippi Railroad where he was known as Bob #1. Bob was an active member of St. Lawrence Catholic Church. He will be remembered for his love of a good story, his hardy laugh, his love of hats, and pride in his family and their accomplishments. He never passed up a good bakery treat. He is preceded in death by Charles and Terese and brother Thomas Cibuzar. Bob will be sadly missed by wife Carol; children Greg (Julie), Bruce (Patty), Chuck (Lee), Lynn (David Riggs), Patti (John Kragness), Rob and Jean; and grandchildren Kristina, Michael, Nicole, Jackie, and Jack. Visitation 10AM until the 11AM Mass of Christian Burial, Monday, April 28th, 2014 at St. Lawrence Catholic Church, 2410 Morris Thomas Road, Duluth. In lieu of flowers, memorials to your favorite charity or the Northern Lakes Food Bank are preferred. Special thanks to the St. Luke’s home hospice program for their compassionate care and support. Arrangements by Williams-Lobermeier-Boettcher Funeral Home.

To send flowers to the family in memory of Robert Cibuzar, please visit our flower store.