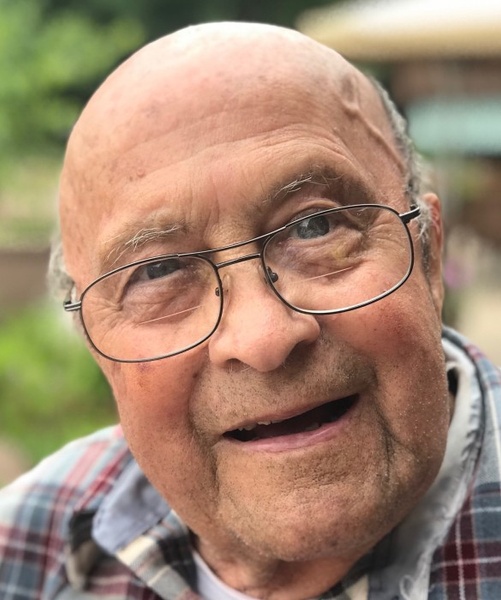 Robert A. "Bob" Dalbec, 88, of Duluth, passed away on Tuesday October 23, 2018 at the Solvay Hospice House. He was born in Duluth on December 17, 1929 to Clarence and Valborg Dalbec. Bob graduated from Morgan Park High School and attended UMD. He was an Air Force Veteran serving during the Korean War time. Bob married Margaret Terwey on June 23, 1950 in Duluth. He was a retired Longshoreman and Duluth, Winnipeg & Pacific Railroad Brakeman. He enjoyed playing golf, and to his amazement, found that he was much better at it when he was the scorekeeper.He was preceded in death by his parents, daughter Robin Ann, his wife Margaret, second wife Marilyn Strudwick Dalbec, and his brothers Don and Bill. He is survived by his daughters Lynn (Bill) Gigliotti of Virginia, Gail Samarzia of Hermantown, and a son, Rob Dalbec of Honolulu Hawaii, grandchildren Nathan (Heidi) Samarzia, Casey (Andy) Hallin, Jenna (Scott) Gates, Nicholas (Jennifer) Gigliotti, and Robbie Dalbec, greatgrandchildren Devin, Drake, and Ryah Samarzia, Sawyer and Owen Hallin, Liam Gates, Farrah and Roman Gigliotti, and many nieces, nephews and friends. The family wishes to extend a special thank you to the staff at Marywood and Solvay Hospice House for the kind and compassionate care that Bob received. Visitation will be held on Monday October 29, 2018 from 10AM until the 11AM Mass of Christian Burial at St. Lawrence Catholic Church. 2410 Morris Thomas Road, Duluth, MN 55811. Burial will be in Calvary

To send flowers to the family in memory of Robert Dalbec, please visit our flower store.