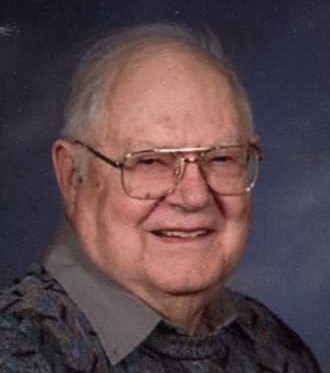 Robert Nicholas DeRocher, 96, of Duluth, died Friday, July 20, 2018 at Diamond Willow Assisted Living in Proctor.  He was born February 13, 1922 in Solon Springs, WI to Joseph E. and Grace G. (Storey) DeRocher. Bob was an Army veteran of World War ll.  Bob married Phyllis A. Wittich in Duluth on September 20, 1952.  Bob retired from Chun King as the traffic manager after 23 years of service, when they closed.  He then worked for the Duluth Transit Authority for 17 years, retiring in 1987 as a station foreman.  Bob’s hobbies included following the Twins, playing cribbage, and spending time at Grace Lake in Bemidji.  He had a quick wit, and he had a talent for putting numbers together. He enjoyed the family road trips.  Bob was a member of St. James Catholic church and the VFW Post 137.  He was preceded in death by his parents and an infant sister Adella.  Bob is survived by his wife of 65+ years, Phyllis; his children Paul (Linda) DeRocher of Chaska, Minn, Dale DeRocher of Duluth and Janet (Tom) Craig of Pequot Lakes, Minn; 13 grandchildren and 6 great-grandchildren.  VISITATION:  Tuesday, July 24, 2018 from 10 a.m. until the 11 a.m. Mass of Christian Burial at St. James Catholic Church. Burial will be at Forest Hill Cemetery with military honors accorded by the Duluth Honor Guard.  If so desired, memorials may be directed to St. James Catholic Church.  Arrangements by Williams-Lobermeier-Boettcher Funeral Home, Duluth, 218-624-1059

To order memorial trees or send flowers to the family in memory of Robert DeRocher, please visit our flower store.