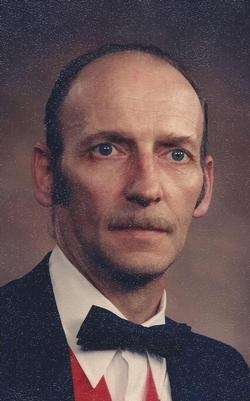 Robert W. Kray, 75, of Duluth, died Thursday, May 29, 2014 at St. Luke's Hospital, three days before his 76th birthday, with his loving wife, Dorothy and his loving daughter, Debbie at his side. He was born in White Bear Lake, MN on June 2, 1938 to Art and Marcella Kray. Robert married Dorothy Fredricks on November 19, 1960, 53 1/2 years ago. He was an honorary member of the 1st and 4th Degree of the Knights of Columbus serving as Grand Knight and District Deputy. He was a self employed carpet layer with Kray and Sons and also was employed at Superwood. Robert was a member of Holy Family Catholic Church and enjoyed watching the Minnesota Twins. He was preceded in death by his parents, a brother, Art Kray Jr, a nephew, Mark Fredricks and brother-in-law, Lloyd Fredricks. He is survived by his wife, Dorothy; beautiful daughter, Debbie Kray of Duluth and Christine of Detroit; brother-in-law, Richard (Pat) Fredricks of Cotton; sister-in-laws, Mary Anne Engels of Duluth and Elizabeth Short of Rhode Island; many nieces, nephews and cousins and of course his special little dog, Angel. "God be with him". Visitation will be from 10 until the 11 a.m. Mass of Christian Burial Monday, June 2, 2014 at Holy Family Catholic Church. 2430 West 3rd St. Burial in Oneota Cemetery. To sign the guestbook on line, visit www.wlbfuneralhome.com Arrangements by Williams Lobermeier Boettcher Funeral Home.

To send flowers to the family in memory of Robert Kray, please visit our flower store.