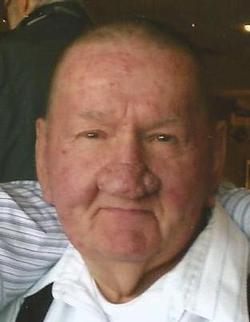 Robert "Bob" Roy Wiita, 79, of West Duluth, died peacefully Sunday, February 7, 2016 in the Solvay Hospice House. He was born on December 20, 1936 in Cloquet, MN. Bob was a graduate of Central High School. He married Diane Mattson on August 15, 1959 in Christ Lutheran Church, Duluth. He worked as a mechanical engineer for Duluth Engineering, retiring in 1999, and attends Elim Lutheran Church. He was preceded in death by an infant son, Scott Alan Wiita; his father, Frank Wiita. He is survived by his wife, Diane; two daughters, Barbara Wiita of Superior, WI and Debra Wiita, of Arvada, CO; a son, John (Brianna) of Saginaw, MN; a brother, Wilbert Wiita (Melanie) of Esko, MN; a sister, Doris LaTraille of Duluth; four grandchildren, Alana Azuero and Sarah Azuero, both of Arvada, CO and Daniel Wiita of Chicago and Averi Wiita of Saginaw, MN. Bob will be sadly missed by his wife and family. The family would like to extend their sincere gratitude to the staff of the Solvay Hospice House in Duluth. Visitation will be from 12 noon until the 1 p.m. memorial service Friday, February 12, 2016 in Elim Lutheran Church. 6101 Cody St. Pastor Jim Hagen officiating. To sign the guestbook on-line, visit www.wlbfuneralhome.com. Williams Lobermeier Boettcher Funeral Home is entrusted with final care.

To send flowers to the family in memory of Robert Wiita, please visit our flower store.