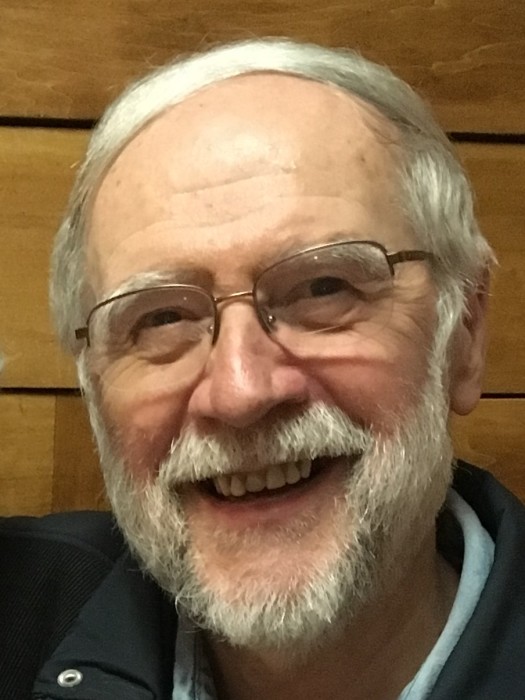 Robert D. “Bob” Witzman, 74, of Duluth, was welcomed into Heaven on Friday, December 22, 2017 at Essentia Health-St. Mary’s surrounded by his family. Bob was born in Duluth on August 29, 1943 to Paul Sr. and Nora (Zabrocki) Witzman. He was a 1961 graduate of Denfeld High School and served his country in the US Army. Bob married Linda Pearce on February 5, 1965 in St. Elizabeth Catholic Church, Duluth. He retired from Cargill Corporation, after 38 years where he was a grain clerk. Following his retirement, Bob drove for STRIDE for over nine years. Bob was a member of Holy Family Catholic Church, the Proctor Moose, American Legion and the Laurel and Hardy Club. Bob enjoyed Old Time dancing, collecting music, camping and was an avid volunteer, but his greatest source of pride was his family. He was preceded in death by his parents; two brothers, Kenny and Duane; a sister, Betty Hren.    He is survived by his loving wife, Linda; two daughters, Brenda (James) Barclay and Carla (CJ Burress) Witzman, both of Duluth; two sons, Tom and Dan (Jen) both of Duluth; 11 grandchildren; 5 great-granddaughters and one great-grandson on the way; two sisters-in-law, Joan Witzman and Claudia Spees both of Duluth; former sons-in-law, Walt Aplin and Chris Stegmann both of Duluth. Visitation 1 p.m. until the 2 p.m. Mass of Christian Burial Thursday, December 28, 2017 in Holy Family Catholic Church. Rev Fr William Fider officiating. Burial in Oneota Cemetery with Military Honors accorded by the Duluth Honor Guard. Celebration of Bob’s life including Lunch will follow at the Proctor Moose. Memorials to the Proctor Moose would be appreciated.

To order memorial trees or send flowers to the family in memory of Robert Witzman, please visit our flower store.