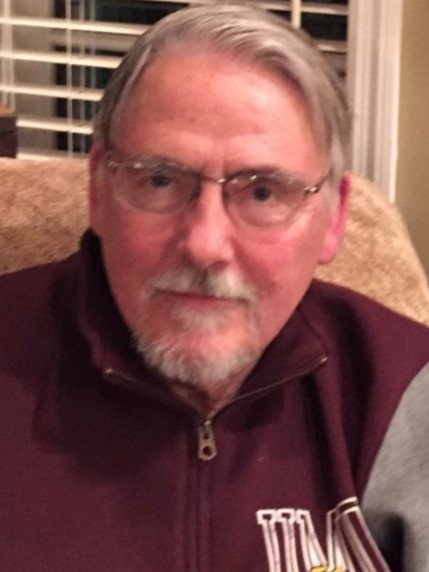 Roger D. Hanson, 78, of Duluth, died on Wednesday, June 9, 2021 from Cancer. Roger was born on August 14, 1942 in Duluth to Gertrude Kampainen and Charles Hanson. He was raised by Gertrude & Arnold Kampainen. He graduated from Duluth Central in 1961 and was a pivotal member of the undefeated State Championship basketball team. That state championship team has been recognized by many as one of the greatest high school basketball teams of all time in the state. Five members of this team played collegiately and three of them played professional sports after high school. All coming from the Central Hillside neighborhood. After high school, Roger attended UMD on a basketball scholarship. He was a 4-year starter, 3-time All-MIAC selection, and a member of the 1962 MIAC championship team. He left the UMD program as the 4th all time leading scorer. All four years he played with Mike Patterson, who left UMD as the all-time leading scorer. He also lettered twice in track at UMD. After graduating from UMD in 1966 he played professionally for the Goodyear Tire & Rubber AAU team winning a USA Championship and a World Championship in 1967. Roger was inducted into the UMD Athletic Hall of Fame in 2001. Returning back to Duluth after stints in Akron OH and St Paul, he started working for Strommen & Associates as a Financial Advisor. Professionally, Roger attained many industry leading awards and had a very successful 30+ year career. Switching his competitive drive from Basketball to running, Roger ran over 30 marathons and ultra-marathons, including the first 20 Grandma’s marathons. When he wasn’t able to run Grandma’s marathon anymore, he was a fixture on Lemon Drop hill taking pictures of the runners. He also coached many of his kid’s sports teams over the years. Roger was a huge UMD basketball supporter right to the end of his life. Roger is proceeded in death by his parents, Gertrude and Arnold Kampainen; twin-brother, Ronny; sisters, Gail Hoff & Beverley Dudek. He is survived by his children, Craig (Pam), Robyn Anderson, Darin (Lori), and his grandkids, Alexa, Brennan, Coltan, Riley, Kelsi and Lukan. He is also survived by his significant other, Carolyn Boberg, and her children, Laura Boberg, Steve (Carrie) Boberg, Allison (Joshua) Kampbell, Paul Boberg, and the grandkids, Dahlia, August, Anders and Cora. Also survived by his ex-wife, Sharon Hanson, special friend Dean Davidson, and many nieces and nephews. A celebration of life will be held on Tuesday June 15th from 4:00 to 6:00 at Williams Lobermeier Boettcher Funeral Home. In lieu of flowers, please make a contribution to the UMD Athletic Men’s Basketball Legacy Fund. The proceeds will go to benefit a UMD student athlete in the basketball program.

To send flowers to the family in memory of Roger Hanson, please visit our flower store.