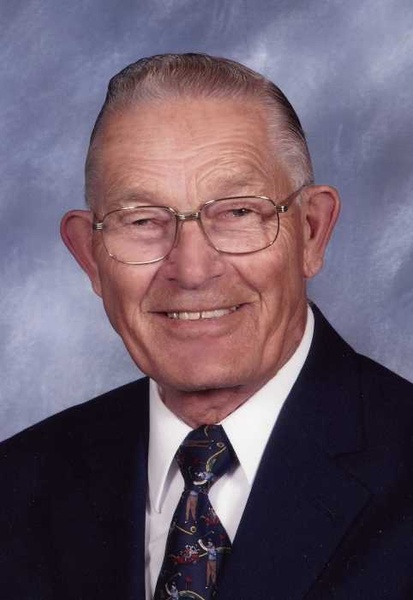 Roger C. Hill Sr., 87, of Duluth, died on Saturday, May 13, 2017 at Edgewood Vista in Hermantown, MN.  Roger was born on June 4, 1929, in Duluth, MN to Gus and Henrietta Hill.  Roger grew up in Lakeside and enjoyed playing the trumpet and working as a lifeguard at Twin Ponds.  Roger attended Central High School in Duluth and later served in the U.S. Army.  Roger married the love of his life, Donna (Snooky) Sievers on April 7, 1956.   Roger and Donna raised their family in Lakeside and enjoyed 41 years together.  He retired from Minnesota Power in 1985 after 30+ years of service. Roger was very involved with the Duluth Lions Club and was a member of First Lutheran Church.

Roger is preceded in death by his parents, Gus and Henrietta Hill; his wife, Donna, and his son, Roger C. Hill, Jr.

A special thank you to St. Luke’s Hospice, the staff at Edgewood Vista, and his caregiver/chaffeur for the last several years, Gail Tate.

Visitation will be from 10 until the 11 a.m. funeral service Thursday, May 18, 2017 at First Lutheran Church, 1100 East Superior St, Duluth, MN. Military Honors accorded by the Duluth Honor Guard. Private family burial in Bethany Cemetery.  In lieu of flowers, memorials to American Cancer Society or Alzheimer’s Association are preferred.

To send flowers to the family in memory of Roger Hill Sr., please visit our flower store.