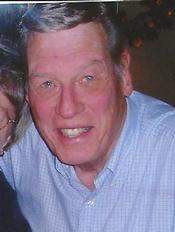 Roger E. Repensky, 71, of Anderson Road, died Monday, August 19, 2013 in the Benedictine Health Center. Roger was born on March 19, 1942 in Duluth to Roy and Ruth (Berg) Repensky. He was a 1960 graduate of Denfeld High School and served in the Air National Guard for 22 years. Roger married Barbara Wentz on June 4, 1966 in Duluth. He retired from the Duluth News Tribune in 1999 where he worked for 36 years. He was a member of Salem Lutheran Church. He was preceded in death by his parents and in-laws, Mildred and Bob Wentz, and brother-in-law, Wally Wentz. Roger will be sadly missed by his loving wife, Barb; a daughter, Laura (Alan) Plebanski of Lansing, IL; a son, Brent of Otsego, MN; a brother, Greg (Deb) of Duluth; grandchildren, Allison and Zachary Repensky and Ruthie Plebanski; nieces and nephews, Kristin (John) Farrell, Nate and Alex Repensky, Shawn Feralin and Sue (Rick Stromberg) Wentz; sister-in-law, Dianne Wentz of Duluth and many friends. Roger truly enjoyed camping, canoeing, fishing, vacationing in Florida, working the "jumble" and spending time with his family. His favorite quotes, "the first 100 years are the worst" and "nothing is so bad, it couldn't be worse." Roger was a wonderful husband, father, brother, grandpa and friend and he is going to be deeply missed. Visitation will be from 10 until the 11 a.m. memorial service Friday, August 23, 2013 in the Salem Lutheran Church. 4715 Hermantown Road. Pastor Rollie Bockbrader officiating. In lieu of flowers, memorials to Salem Lutheran Church or the American Heart Association would be appreciated.

To send flowers to the family in memory of Roger Repensky, please visit our flower store.