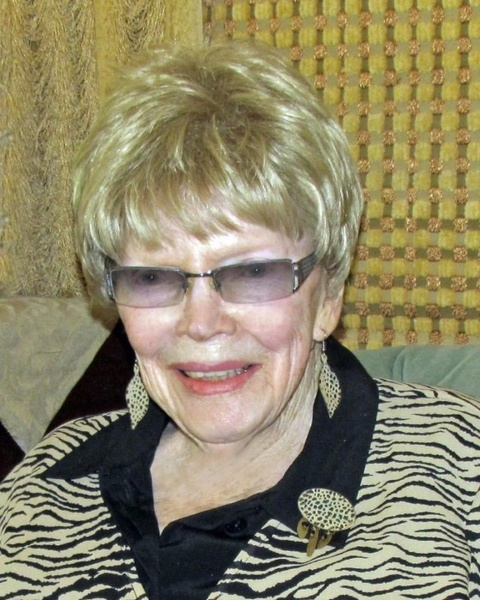 Ruby Elizabeth (Anderson) Clemetsen, 99, died on Sunday, October 6, 2019 at the Franciscan Health Center. She was born January 1, 1920 in Duluth to Emil and Anna Anderson. Ruby graduated from Denfeld High School in 1937 and worked as an insurance secretary until marrying Marwood Clemetsen in 1942 in Green Bay. They moved to Marquette where their first daughter, Marcia, was born. Returning to Duluth in the late 1940’s, they moved to Park Point and had their second daughter, Carole. Music played a very important role in Ruby’s life. She played the piano by ear and was exhilarated by finding the perfect chords for her musical arrangements. She also loved to sing with others so she could harmonize with them. Ruby’s house was the center of family parties and holiday celebrations. She loved to bake and was well known for her Christmas cookies, chiffon pies and fudge. Ruby was preceded in death by her parents; her husband, Marwood in 1987; her daughter, Marcia Nelson; her grandsons, Steven and Scott Nelson; her sisters, Elsie Anderson and Mabel Johnson. She is survived by her daughter, Carole (Bob) Lent of Duluth; a great-granddaughter, Keely Nelson and her mother, Kelly Nelson of Superior; a son-in-law, Brian Nelson of Duluth; a brother, Harold Anderson of Madison, WI; a nephew, Mark Anderson; a niece, Karen Zinkgraf; eight grand nieces and nephews. Ruby is also survived by all the loving and caring people that became her extended family at Aftenro and Franciscan Health Center during the last six years. A private family service will be held at Ruby’s request. Burial at Bethany Cemetery. In Ruby’s memory, we ask you to keep a song in your heart. Arrangements by Williams Lobermeier Boettcher Funeral Home.

To send flowers to the family in memory of Ruby Clemetsen, please visit our flower store.