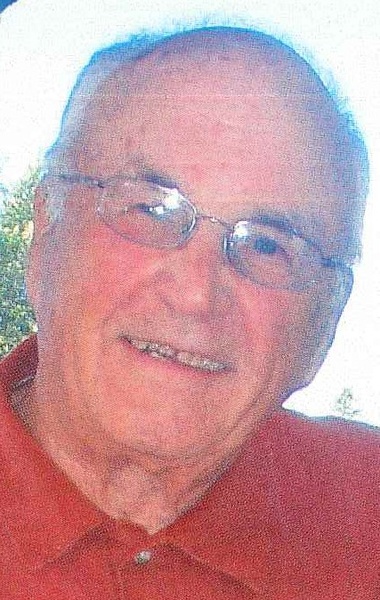 Russell Edin Anderson, 87, of Duluth, died Wednesday, September 8, 2021 at the Marywood Assisted Living Community. Russell was born on December 15, 1933 in Duluth to Per Olaf and Signe (Edin) Anderson. Russell was a proud graduate of Denfeld High School, Class of 1951, where he was a multi-sport athlete and member of the 1950 State Championship Baseball Team. He enlisted in the US Navy and served on the aircraft carrier, the USS Essex, during the Korean War. Russell completed his undergraduate work at UMD and earned his Master’s Degree in Guidance and Counseling from UWS. He married Rosemary (Reedy) on June 13, 1970 in Fridley, Minnesota. Russell’s first teaching assignment was in Park Rapids, MN. He worked for the Duluth Public Schools for over 30 years, teaching at various schools and retiring from Laura MacArthur Elementary School. He was a life member of Holy Trinity Lutheran Church, now Spirit of God Lutheran Church, the Duluth Curling Club, Kiwanis Club, Trinity Lodge, Royal 58 fast pitch softball team, American Legion and the VFW. While raising four children, Russell was involved with coaching various youth sports. He loved spending time with family and friends, especially walking in the woods, traveling or playing a game of cribbage. He was preceded in death by his parents; a brother, Richard; a brother-in-law, Terry Clark. He is survived by his wife, Rosemary; two daughters, Sharon (Julio) Margalli and Kathleen (Brad) Lake; two sons, Erick (Deanna) and John (Laura); a sister, Beverly Clark; ten grandchildren, Alicia, Andrew, Brita, Brady, Cooper, Caroline, Willem, Kye, Kieran and Kenna; many cousins, nieces, nephews, neighbors and friends. The family would like to thank the amazing staff at the Marywood for the wonderful care they provided Russell. Visitation 10 am until the 11 am memorial service Wednesday, September 15, 2021 at Spirit of God Lutheran Church. 2431 West 3rd St. Rev. Dr. Nathan Sager officiating. Burial at the Minnesota State Veterans Cemetery-Duluth. Memorials to Spirit of God Lutheran Church or the Honor Flight Program would be appreciated. The service will be live streamed, please visit:  https://www.facebook.com/663767913809138/

To send flowers to the family in memory of Russell Anderson, please visit our flower store.