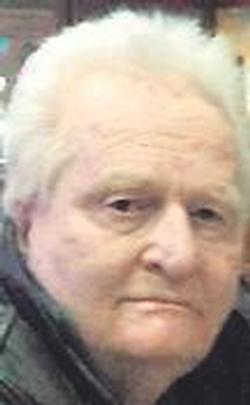 Russell Gordon Wedin, 72, Duluth, died Monday July 13, 2015 at his home. He was born in Duluth on Oct. 25, 1942 to Gordon and Blanche Wedin. He was a Viet Nam Era Army veteran, serving in Germany. Russell married Mickaleen Draeger on Sept. 5, 1964. Over the years he worked many jobs at the waterfront, with his last position being General Foreman at Lake Superior Warehouse. Russell was an avid fisherman and his trips to Alaska were a highlight. He was often seen fishing at the Brule and North Shore streams. Russell was also a talented craftsman. Many family and friends have furniture or cabinets in their homes that he made. He was preceded in death by his parents; brother, Norman and sister, Dorothy Rosas. Russell is survived by his wife of 50 years, Mickie; daughters, Sherie Wedin and Ann (Jeff) Miller; granddaughters, Cassie and Maddie; brothers, Ronald, Gordon Jr. and Jeff (Tammy) and sister, Della Steffen. VISITATION: 10 a.m. until the 11 a.m. Memorial Service, Friday, July 17, 2015 in Holy Family Catholic Church, 2430 West 3rd St., Duluth. Williams-Lobermeier-Boettcher Funeral Home is entrusted with final care.

To order memorial trees or send flowers to the family in memory of Russell Wedin, please visit our flower store.