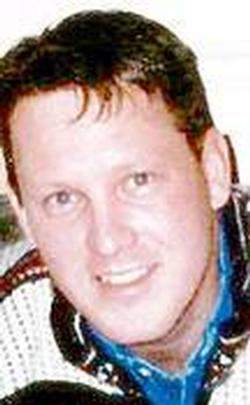 Scott Carl Davidson died unexpectedly Tuesday, Feb. 10, 2015, in Duluth. Scott was born July 12, 1968, to Carl Davidson and Karen Morgan (Dan) in Bemidji. He graduated from Hermantown High School, went on to UMD, and graduated from the College of St. Scholastica with a bachelor's degree in business with an emphasis on marketing. He then joined the Dynastar ski sales staff and he enjoyed traveling, selling, and demo-ing skis. He believed his hobby was now his livelihood. A highlight was heli-skiing at Whistler Mountain. Following that he worked in several sports-related businesses in Colorado and Duluth. He was preceded in death by his grandparents and sister Lynne Marie. Scott is deeply missed and survived by his parents; cousins Deborah (Chuck) Travis of Jacksonville, Fla., Tom (Jane) Bennett of Wood Dale, Ill., Kathy (Bob) McDermott of Flagler Beach, Fla., and Mike Bennett of Derry, Penn., and their families; godmother Jackie Shera; dear friends Susan and Brian Sturz, as well as many other friends who Scott treasured; and extended family members Kevin (Jessica) Morgan and Jennifer (Mike) Redepenning and their families. VISITATION: 11:30 a.m. until the 12:30 p.m. celebration of life Saturday, Feb. 21, in First United Methodist Church "the Coppertop," 230 E. Skyline Parkway, Duluth, officiated by Pastor David Bard. Memorials may be given in Scott's name to the Duluth Birch Tree Mental Health Clinic at Burning Tree Mall in Duluth or a charity of the givers' choice. Inurnment at Park Hill Cemetery Columbarium.

To send flowers to the family in memory of Scott Davidson, please visit our flower store.