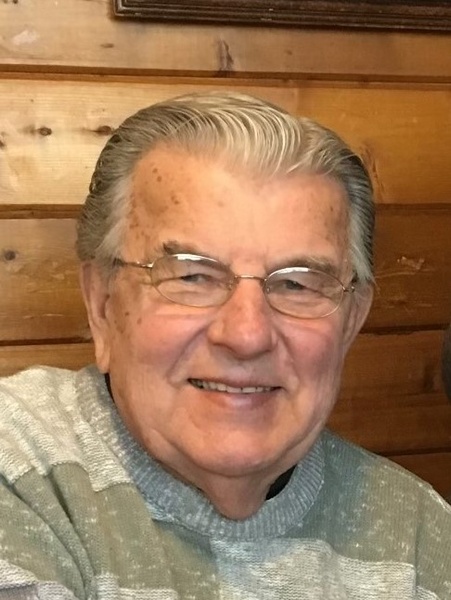 Stephen Budimir, 88, passed away peacefully at Benedictine Health Center on May 12th, 2021, with his family by his side. Over the past 8 months he suffered strokes and seizures, fighting back each time so his family could enjoy more time with him until his body could not fight anymore.

He was born December 11th, 1932 to Kata (Sarich) and Marijan Budimir into a large Croatian family in the Gary neighborhood. Steve served in the US Navy on the USS Coral Sea and later was assigned to shore duty in London, England. When he arrived back in the US he met Shirley Lemay, who became his wife on May 17th, 1958 at St. Elizabeth's Church. Following this, they had three children. Steve worked for DMIR Railroad for 40 years as an accountant, retiring in 1993. He and Shirley were able to enjoy spending many winters in Orlando with their son Dave, and in Lake Havasu, AZ with friends old and new.

Steve was known for his sense of humor, always making someone smile with one of his one liner comments or jokes. He enjoyed watching many sports, especially hockey, and was also an avid golfer, bowler and bocce ball player. He was very proud when his Bocce team won the Duluth City Championship. He also spent many years at Enger Golf Course, not only playing golf but serving as treasurer of the men's league, helping run the Hank Jenson and riding his golf cart around searching for lost balls he supplied to his grandson.

Having a strong faith, Steve was a member of St James Catholic Church. He was also a member of the Knights of Columbus and was proud to serve as Grand Knight.

There are many healthcare heroes that took care of Steve who we would like to thank.

Thank you to Benedictine for making his short stay with you meaningful and healing to his spiritual soul. Your care and compassion for him helped our family through these past few weeks.

We would especially like to thank everyone at Heritage Haven, which Steve called his home for the past six months. During Covid you became his second family when we could not be there and we are forever grateful for the care and personal relationships that you built with him. We regret he could not make it back to you.

Steve was preceded in death by his parents; wife, Shirley; sister, Helen; and brothers, Mike, John, Anthony, and Robert.

He is survived by his children, Ann (Mike) Scrignoli of Duluth, Laurie (Jim) Brown of Waukee, IA, and David Budimir (Michelle Jenson) of Champlin, MN; grandchildren, Ben Scrignoli, Sarah Scrignoli, and Taylor Budimir; brothers, Daniel (Alice) of Duluth, Frank (Renee) of Lander, WY; sisters, Mathilda Budimir of Duluth, Mary Walters of Hibbing, MN and Katherine Clark of Ontonagon, MI;  Steve’s companion and special friend over the past 15 years who shared many memories with him, Leona Bibieau; also many nieces and nephews who knew him as Uncle Stevie.

To send flowers to the family in memory of Stephen Budimir, please visit our flower store.