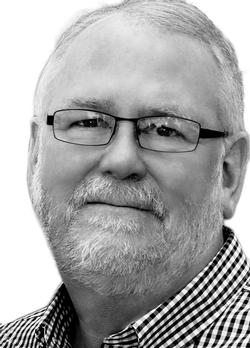 Thomas "Tom" Dickson, 66, of Proctor, Minnesota passed away after a long and heroic battle with cancer on, March 5, 2017 at St. Luke's Hospital. Tom was born April 3, 1950 in Duluth, MN at St. Luke's Hospital to Franklin H. Dickson M.D. and Anne (Portegys) Dickson. He grew up in Proctor, MN and attended St. Rose Grade School and Proctor Senior High School. Tom received a B.A. in Biology and Chemistry from the University of Minnesota in Duluth, and a B.S. in Pharmacy from the University of Minnesota in Minneapolis. From 1983-1999, served as AAAADirector of Pharmacy and Material Management at St. Luke's Hospital in Duluth. He most recently served as Director of Pharmacy at Community Memorial Hospital in Cloquet from 2003-2016. Prior to that, served as Director of Pharmacy at Mercy Hospital in Moose Lake and as the President and Owner of Shrem Corporation, a Duluth-based pharmacy and nursing home consulting service. He held many roles in the community, serving as President of the Minnesota Society of Health System Pharmacists as well as Board Chair of the Proctor Board of Education. Tom was also appointed by the governor to serve as President of the Minnesota Board of Pharmacy. He was very dedicated to the education of future healthcare providers and pharmacists. He was also a clinical instructor for the College of Pharmacy at University of Minnesota - Duluth. Many pharmacy students rotated through Tom's pharmacy as part of their Community Hospital Pharmacy education. He participated in mentor programs as well as rural healthcare associations. Tom was a Minnesota Twins baseball fan and enjoyed fishing. He especially delighted in his travels to Baker Lake and the Northwest Territories of Canada. Until the end, Tom maintained an astute interest in local and global news. He was an avid reader of the Wall Street Journal and other publications providing news on the current economic climate. Tom enjoyed all things automotive, from the sweeping lines of a Ferrari to the cackle of a top fueler. Tom is preceded in death by his parents and brothers, Franklin H. III, John "Jack", Michael and Peter. Tom is survived by his wife of 44 years Collette; sons, Mackenzie (Angela) and Nicholas (Renee) Dickson, and daughter, Rozalin Dickson D.O. Also survived by his sisters, Victoria (Brian) Blauer, and Deborah (David) McLeod; granddaughters, Tatianna, Grace, Sydney and Britney; grandsons, Jace, Kaleb, and Isak; three nephews and six nieces. Visitation Saturday March 11, 2017 11AM until the 1PM Memorial service at Williams-Lobermeier -BoettcherFuneral Home, 3208 W. 3rd St., Duluth, MN 55810. Luncheon to follow.

To order memorial trees or send flowers to the family in memory of Thomas Dickson, please visit our flower store.