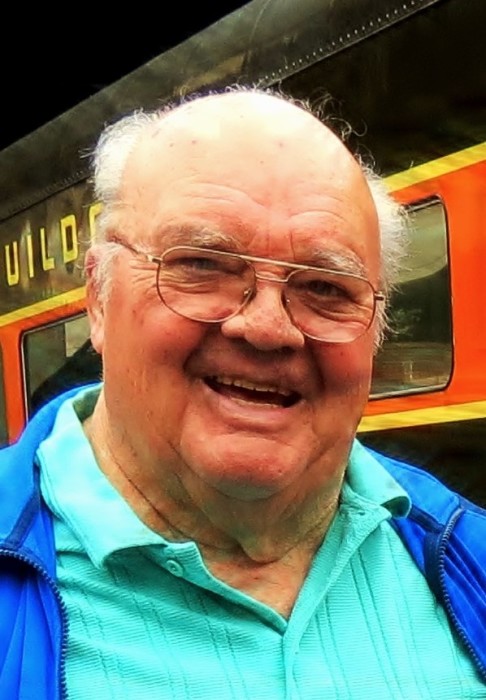 Thomas Edward Brady, 83, formerly of Lakewood Twp, was called home Sunday, February 16, 2020 in Duluth. Tom was born on January 30, 1937 to William and Beatrice Brady in Deckerville, Michigan. After graduating in 1954 from Deckerville H.S. he proudly served in the US Navy. On June 20th, 1959 he married the love of his life Lorraine Particka in Lexington MI.   They moved to Duluth in 1961 so Tom could continue his work as a Service Technician with AMSCO/Steris which he retired from after 38 years. He was a lifelong member of the Catholic Church and the Lakewood American Legion. Tom enjoyed playing fast pitch softball with the Lakewood boys on the Woodland league, bowling at Ridgeview Lanes, and golfing. Tom also had a love for fishing & hunting with his friends and eventually becoming the chief cook at deer camp. After retirement, Tom and Lorraine spent most of their time at their lake home in Makinen, MN. He was preceded in death by his parents; his eight siblings, Rosemary, Alice, Ellen, Viola, Irene, Michael, Maurice and John; father & mother-in-law, Tony and Margaret Particka; a great-granddaughter, Kristelle. Tom is survived by his wife, Lorraine; his daughters, Bea (Tony) Katzmarek, Margie Brady, Pam (Sam) San Miguel and Jackie Valentine; nine grandchildren, Kelly, Tara, Jeff, Randy, Brent, Nikki, Charlie, Carolynn and Casey; 17 great-grandchildren and one great-great-grandson. Visitation 5 to 7 p.m. Friday, February 21, 2020 at St. Michael's Catholic Church, 4901 East Superior Street, Duluth, MN 55804. Visitation will continue from 10 a.m. until the 11 a.m. Mass of Christian Burial Saturday at St. Michael's Catholic Church. Rev Fr William Fider officiating. Military honors accorded by the Duluth Honor Guard. Arrangements by Williams Lobermeier Boettcher Funeral Home.

To send flowers to the family in memory of Thomas "Tom" Brady, please visit our flower store.