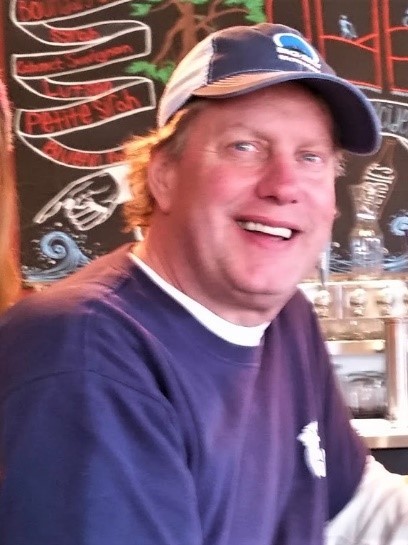 Todd William Nelson, 59, of Duluth, died unexpectantly on June 22, 2021 of a heart attack. He was born November 9, 1961 to William “Bill” and Elizabeth “Bizz” Nelson. Todd graduated from Central High School in 1980 and UMD in 1985. Todd married Lisa Wuotila on September 2, 1989 in Duluth. He worked in Duluth as a sales representative for Falk’s Long Term Care Pharmacy, Novartis, Pfizer and KBJR TV. He won numerous sales awards during his pharmaceutical sales career including the Circle of Excellence Award with Ciba Geigy. For many years, Todd enjoyed spending time at the family cabin on Whiteface Reservoir, fishing, pontooning and hosting the annual “Grouse Open” with the guys. He enjoyed many things in life, reading, watching his kid’s sports events, traveling with his family to Costa Rica, Banff, Florida, Big Sky Montana and Europe. More recently, he and Lisa spent much of their time skiing and mountain biking in the Lutsen area, connecting with old friends and meeting new ones. He was preceded in death by his parents. He is survived by his wife, Lisa; sons, Ian William (significant other Olivia Dawson Olson) of Minneapolis, Dane Alexander of Duluth; his brother, Lance (Christine) Boyd of Minnetonka; nephews, Jacob Adam, Lucas William and Joshua Cannady Nelson; his aunt, Alice Sharpe and his treasured cousins and friends. Friends are invited to attend Todd’s Memorial service on Tuesday, June 29, 2021 at the Lutheran Church of the Good Shepherd, 1325 North 45th Ave East. Visitation at 10 am followed by the memorial service at 11am. A reception will follow at the Black Woods in Proctor. Arrangements by Williams Lobermeier Boettcher Funeral Home.

To send flowers to the family in memory of Todd Nelson, please visit our flower store.