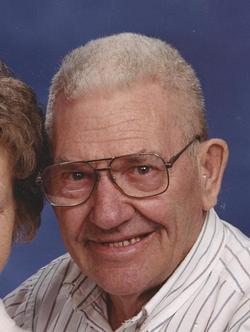 Vernon E. Foster, 87, formerly of Twig, died Friday, March 21, 2014 in Chris Jensen Health Center surrounded by his family. He was born in Grand Rapids, MN on August 18, 1926 to Arthur and Ottis Foster. Vernon retired from the North East Regional Correctional Center (NERCC) where he was a correctional officer. Vernon enjoyed hunting and fishing. He was preceded in death by his parents; two brothers, Alvan and Stanley Foster; and his wife June, on January 9, 2014. He is survived by his children, Kathy Hughes of Duluth, David (Tammy) of Twig, Gene (Cindy) of Saginaw, Greg (Chris) of Twig and Cindy (Don) Freer of Twig; a sister, Ivis Eldon of Anderson, IN. 17 grandchildren and 11 great-grandchildren. Visitation will be from 12 noon until the 1 p.m. funeral service Thursday, March 27, 2014 in Salem Covenant Church. 339 N 59th Ave West. Pastor Dave Peterson officiating. Burial in Grand Lake Cemetery in the spring. To sign the guestbook on-line, visit www.wlbfuneralhome.com. Arrangements by Williams Lobermeier Boettcher Funeral Home.

To order memorial trees or send flowers to the family in memory of Vernon Foster, please visit our flower store.