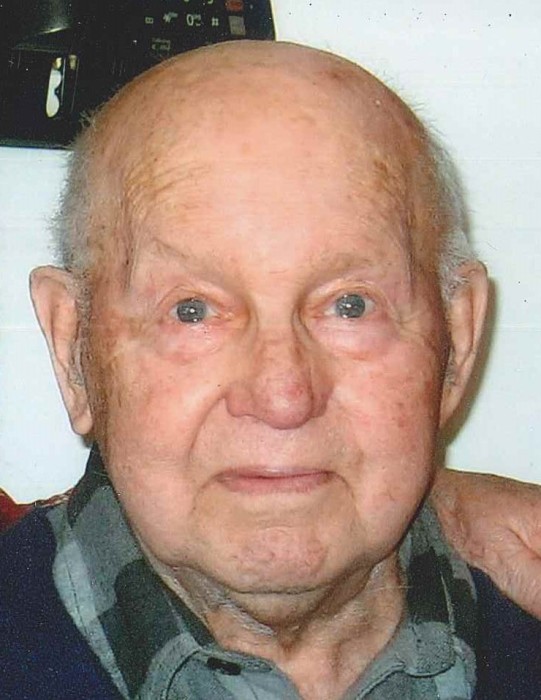 Wallace (Wally) G. Johnson, 86, of Hermantown, MN passed away October 10, 2017 at Solvay Hospice House.  Wally was born March 1, 1931 to Fred and Florida Johnson in Duluth.  He grew up in Brimson, MN and served in the Korean War with the Air National Guard.  He was a member of the Operating Engineers Local 49, and was a heavy equipment operator retiring in 1996.  He was a member of the West Duluth American Legion  Post #71 and Proctor Moose.  He enjoyed fishing, his hummingbirds, deer and the outdoors.  The family wishes to extend a special thank you to the staff at Essentia Hospice and the Solvay Hospice House for the kind and compassionate care that Wally received.He is preceded in death by his parents, son Gary, brothers Fred, Robert, David, Wendell and Donald. Wally is survived by his wife Virginia of 46 years, daughters Wanda (Joe) Haverkost, Bovey, MN, Kim (Doug) Ruefers, Las Vegas, NV, grandchildren Jason, Paul, Gary and Angela, great-grandchildren Madisyn, Britta Jo, Brooke and Bryce, sister Thea Brower, and sister-in-law Jeanette Johnson and many nephews and nieces. Visitation will be held on Thursday, October 19, 2017 in Williams-Lobermeier-Boettcher Funeral Home from noon until the 1:00 PM Memorial Service. 3208 West 3rd Street.  (218) 624-1059.  Deacon John Foucault will be officiating. Military Honors will be accorded by the Duluth Honor Guard.

To order memorial trees or send flowers to the family in memory of Wallace Johnson, please visit our flower store.