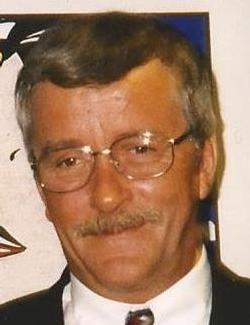 William R. "Bill" "Papa" Panger, 65, of Duluth, passed away Monday, March 7, 2016 at Solvay Hospice House with his loving family by his side, following a two year battle with Multiple Myeloma Cancer. Bill was born in Duluth, Minnesota to Robert E. and Mary A. (Corrigan) Panger on July 16, 1950. Bill married his best friend and love of his life Kathleen M. Ratajek, on Aug. 12, 1972 in Duluth and together they raised three beautiful daughters. Bill served in the US Army and played and sang in many rock bands. Bill owned and operated Bill's Auto Repair in Duluth for over 40 years. He then became the head of maintenance for a hotel in the Duluth Proctor area, until forced by cancer to retire early. Bill loved hunting with the guys, and putting around the river with friends and family. He mostly enjoyed having beers with his friends and favorite son-in-law. He loved spending time with his family and adored all nine of his grandchildren. Bill was the best husband, father, grandfather and friend anyone could ever ask for. He was preceded in death by his father, Bob Panger, mother, Mary Panger, mother-in-law, Clara Ratajek, nephew, John Ratajek, and many aunts and uncles. Bill is survived by his best friend and loving wife Kathy; daughters, Tamera Solomon (Rick Impola), Terra Panger (Mike Yax) and Tracy Huffman (Dan); grandchildren, Devin, Makayla, Isaiah, Taylor, Logan, Cody, Bella, Olivia and Liam; brother-in-law, Wally Ratajek (Jane); niece and nephews, Laura Osmek (Jim "Ozzie")and Steve Ratajek (Debbie) and many cousins and friends. A gathering of family and friends will be from 1PM until the 2 PM service Saturday in Williams-Lobermeier-Boettcher Funeral Home, Rev. Henry D. Noordzy officiating. Military Honors will be accorded by the Duluth Combined Honor Guard. Williams-Lobermeier-Boettcher Funeral Home is entrusted with final care.

To send flowers to the family in memory of William Panger, please visit our flower store.