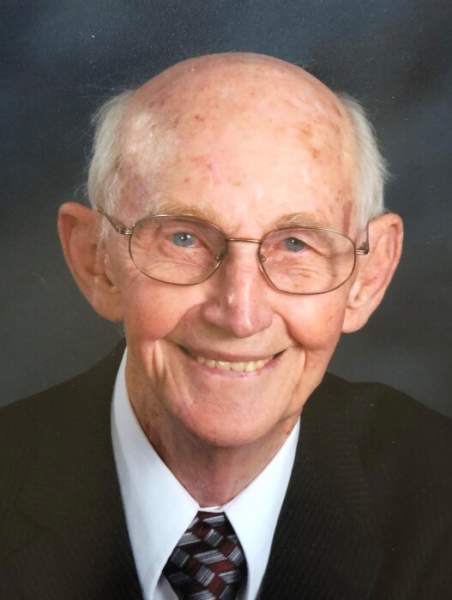 Winfred F. “Wimpy” Leopold, 96, formerly of Duluth, died Monday, August 9, 2021 in Fairview Southdale Hospital in Minneapolis. Wimpy was born in Ottawa, Ohio on April 20, 1925 to Ben and Bertha (Ellerbrock) Leopold. He married Frances Fink in 1950 in Duluth. Wimpy sailed on the Great Lakes with the US Steel Fleet working as a cook in his younger years, then at the Flame Restaurant as a cook, and retired from Diamond Tool and Horseshoe in 1989 where he worked as a shipper. In his retirement years, Wimpy was the custodian at Holy Family Catholic Church. He was preceded in death by his parents; his wife; his daughter and son-in-law Jayne and Jerry Ramsayer; three brothers, Henry, Edmund and James; three sisters, Lucinda McFeeters, Margene Ankney and Juanita Reiman; a special friend of many years, Nathalie Whalen. Wimpy is survived by two daughters, Lori (Stanley) Cobb and Heidi (Carl) Horsch; a son, Charles (Ramona) Leopold; one sister Mary Lou “Babe” Herder of Ohio; and Nathalie’s children Claudia (Bill) Ferraro and Bill (Joann) Whalen; 12 grandchildren and 10 great-grandchildren. Visitation 10 am until the 11 am Mass of Christian Burial, Saturday, September 4, 2021 at Holy Family Catholic Church. Luncheon to follow. Burial in Calvary Cemetery with family. In Lieu of flowers please donate to a charity of your choice. Arrangements by Williams Lobermeier Boettcher Funeral Home.

To send flowers to the family in memory of Winfred "Wimpy" Leopold, please visit our flower store.